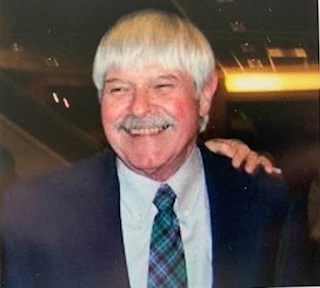 Bill was a graduate of Cuba Central School Class of 1961 and later graduated from the Albany College of Pharmacy.

After college he returned to Cuba and worked as a Pharmacist for the family business Hunter and Johnson.  He had also worked for CVS and Bartholomew’s Pharmacy in Franklinville before going to work for Olean General Hospital retiring in 2010 after 25 years of service.

Bill was a Clan Liaison for the Allegany County Celtic Festival.  He enjoyed traveling to many Celtic Festivals and educating people about Celtic Heritage and his role as Clan Convener for Clan Hunter.  In 2017 he was able to travel to Scotland for a two-week trip.

In addition to his parents and wife he was predeceased by a brother Bob Hunter.

The family request memorials be made to Roswell Park Cancer Institute or to the Allegany County Cancer Services.

Online expressions of sympathy may be sent at www.rinkerfuneralhome.com. Due to COVID-19 regulations face masks and social distancing will be required.