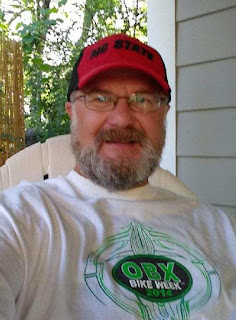 Rushford --- Donald Brian Teears of Kill Devil Hills, NC and a former resident of Rushford went to be with his Lord and Savior on September 23, 2019 in Kitty Hawk, NC. He was born on May 5, 1958, a son of the late Norman and Vera Mellish Teears. In 1982 at Haddon Heights, NJ he married Jill Todd who survives.
Donald was the former pastor of the Rushford Baptist Church, serving for 12 years. Before he left Rushford, he put his footprints in the soil of his beloved cabin in the woods in Allegany County. 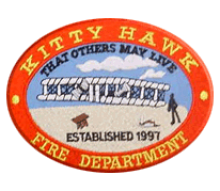 He became the pastor at Kitty Hawk Baptist Church in Kitty Hawk, NC in 2005 and he also was a chaplain for the Dare County EMS and the Kitty Hawk Fire Department.
He loved riding his Harley and ministering at Bike Weeks from Orlando to Ocean City, Maryland, which was one of his passions. Don had a heart for missions that took him to many places including the Jersey Shore, Mexico, Bonaire, Honduras, Ukraine, Israel.
Surviving in addition to his mother and his wife are their sons, Brian (Fiancée Merima Friedman) Teears of Asheville, NC, Kyle Teears of Raleigh, NC, Joel Teears of Kill Devil Hills, NC, three nephews he was caregiver to, Celeb Todd, Derek Todd, Ethan Todd all of Kill Devil Hills, NC, two brothers, David (Diane) Teears of Arizona, Mark (Jessica) Teears of New Jersey and numerous nieces and nephews.
A funeral service will be held on Saturday, October 12, 2019 at 11:00 a.m. in the Rushford Baptist Church. Art McElheny will officiate. Burial will be in Rushford Cemetery, Rushford.
Memorials if desired to: F.A.I.T.H Riders at http://faithriders.com/donate/
at 11:46 AM