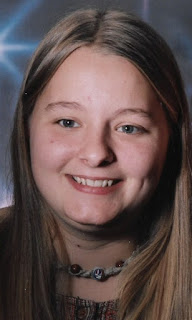 Tabitha “Tabi” Remchuk Wang, 39, of 191 Madison Ave., Hornell, died unexpectedly early Thursday morning (April 23, 2020) shortly after arriving at St. James Hospital where she was taken by Hornell City Ambulance after being stricken at home.
Born in Hornell on July 8, 1980, she was the daughter of William & Michelle (McDonald) Remchuk SR.
Tabi grew up in Hornell and was a graduate of Hornell High School (class of 1998).  She had been employed for several years at Burger King Restaurant in Hornell.


She was preceded in death by her mother, Michelle Remchuk who died August 14, 2019.


Surviving are her son, Evan Morse; her daughter, Lexi Remchuk; her father, William Remchuk SR of Corning; her brother, William “Bill” (Tanya) Remchuk of Corning; her nephew, Logan; her niece, Brenna.
At Tabi’s request there will be no calling hours.  Private services will be held at the convenience of the family.  A “Celebration of Life” will be held at a date & time to be announced.Funeral arrangements are in care of the Dagon Funeral Home, 38 Church St., Hornell, NY.

Tabi’s family request that in lieu of flowers, memorial contributions in her name be made to CASA-TRINITY, (Addiction Services), 45 Maple St., Dansville, NY 14437.


To leave an online condolence, visit www.dagonfuneralhome.com
at 5:00 PM