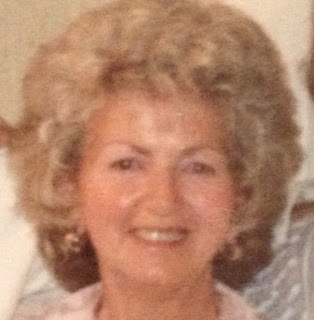 Shirley A. Meehan, 88, formerly of Hornell, died Tuesday evening (April 28, 2020) in Twinsburg, OH where she has resided for the pasts 1 ½ years.
Born in Hornell on July 28, 1931, she was the daughter of Charles & Geraldine (Gibson) Maglier.
Shirley grew up in Hornell and was a graduate of St. Ann’s School and later graduated from Hornell High School (class of 1949).
On September 9, 1950 she married John “Jack” Meehan who died June 11, 1987.  For many years, Shirley & Jack lived in Lakewood, OH where she raised her family.  They later resided in Exton, PA.  Following the death of her husband, Shirley returned to Hornell where she lived before moving to Twinsburg, OH 1 ½ years ago.


While living in Hornell, Shirley was a member of Our Lady of the Valley Parish and a communicant of St. Ann’s Church.  Throughout the years she volunteered her time assisting the Board of Elections by helping with both local and federal elections.  She enjoyed playing cards with her friends and was active in the G. Carducci Lodge, Sons of Italy.  Shirley was an avid sports fan and especially enjoyed rooting for the Cleveland Cavaliers and the Cleveland Browns.  Her favorite times, however, were simply spending time with family & friends and she especially enjoyed attending high school alumni functions.


Due to the Coronavirus pandemic there will be no calling hours.  A private graveside service will be held at St. Mary’s Cemetery at the convenience of the family with Fr. Stan Kacprzak officiating.


The Graveside Service for Shirley will be streamed via Facebook Live and can be viewed on the Dagon Funeral Home Facebook page on Saturday  at 1:00 PM by visiting www.facebook.com/dagonfuneralhome.  The video will remain available for viewing on our Facebook page for 30 days.


Shirley’s family request that in lieu of flowers, memorial contributions in her name be made to St. Ann’s Academy, 41 Genesee St., Hornell, NY 14843.
To leave an online condolence or share a memory, visit www.dagonfuneralhome.com
at 1:16 PM