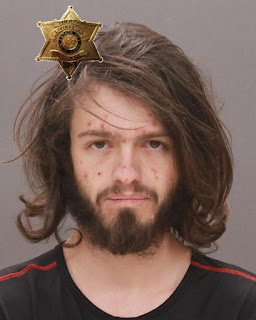 INTERSTATE 390: Livingston County Sheriff Thomas J. Dougherty reports the arrest of a Canaseraga man on drug related charges after a traffic stop.
On November 22, 2018 at approximately 2:03 a.m., Deputy Shawn Whitford was assigned to the Sheriff’s Office Operation Safe Interstate Initiative when he stopped a vehicle on Interstate 390 for violations of the NYS Vehicle and Traffic Law.
The operator of the vehicle was identified as 25-year-old Jesse C. Shay. During the roadside interview, the Deputy Sheriff said he smelled the odor of marijuana emanating from inside the vehicle. As the Deputy Sheriff continued his roadside investigation, Shay allegedly threw a smoking device in the snow in attempt to conceal it from Deputy Whitford.
The Deputy Sheriff was able to recover the discarded item and found that it was allegedly a pipe that is commonly used to smoke methamphetamine. The Deputy Sheriff said he also found Shay to be in possession of marijuana.
Shay was arrested and charged with felony Tampering with Physical Evidence, Criminal Use of Drug Paraphernalia in the 2nd Degree, and Unlawful Possession of Marijuana.
Shay was turned over to Central Booking Deputies at the Livingston County Jail for processing and pre-arraignment detention. The District Attorney’s Office was contacted in regards to bail due to the felony level charge and it was recommended that the Judge hold Shay on $2,500 cash bail or $5,000 bond.
Shay was later arraigned at the Livingston County Centralized Arraignment Part (LC-CAP) at the Livingston County Jail before Town of York Justice Daniel Koch. The Judge remanded Shay to the custody of the Sheriff on $250 cash bail or $500 bond.
at 3:17 PM