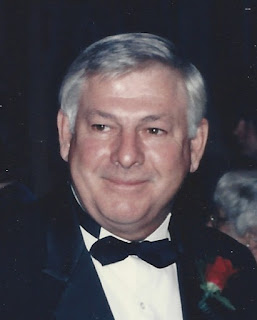 WELLSVILLE - Robert “Bob” Lee McEnroe Sr. age, 87, of Pearl Street passed away on Saturday, November 24, 2018 at Jones Memorial Hospital after a brief hospitalization. He was born on December 2, 1930 in Wellsville to the late Chester and Mable McEnroe of Petrolia. Bob married his high school sweetheart, Alice Braunschweiger in December of 1950 who survives him.
Bob graduated from Wellsville High School in1949 and then attended Alfred University. He graduated from Alfred with a degree in education and taught Social Studies at Richburg and Wellsville High Schools. Bob spent most of his career at Alfred State College working in financial aid and placement departments.
Bob was an exceptional athlete while in high school and college. He was one of the last Wellsville High School Students to letter in four sports and played on the Alfred University's undefeated 1956 football team. He was member of the St. Johns Episcopal Church, a past member of the Wellsville Lions Club, and a 67 year member and Honorary Life Member of the Elks Lodge 1495 where he served as Exulted Ruler. Bob was a long time volunteer greeter at Jones Memorial Hospital and was an avid sports enthusiast.
In addition to his wife Alice, Bob is survived by his 4 children, Robert McEnroe Jr. of Grants Pass, OR., Barbara Ann McEnroe of Long Beach, CA., Amy Marie Moore of West Islip, and David John McEnroe of Corning; a son in-law, Greg Hollod of Georgia; 9 grandsons; 2 granddaughters; 4 great grandchildren; several nieces and nephews.
Bob was predeceased by his parents; his 4 older brothers, Donavan, Thomas, Chester, and Walter McEnroe; his daughter Kathryn Ellen Hollod.
Friends are invited to call on Tuesday, November 27, 2018, from 2-4 and 7-9 p.m. at the J.W. Embser Sons Funeral Home in Wellsville. On Wednesday a Episcopal Service will be at 11 a.m. in St. Johns Episcopal Church on North Main Street. Memorials in Bob's name may be made to either the Hart Comfort House or to the Elks Lodge Scholarship, 77 Pearl Street, Wellsville, NY. 14895. To leave online condolences please visit www.embserfuneralhome.com.
at 7:02 PM