Drug Arrest for Steuben County Man With 19 Bags of Heroin 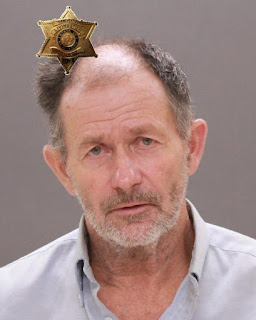 LIMA: Sheriff Thomas J. Dougherty reports the arrest of an Atlanta, NY man on drug related charges following a traffic stop. On November 26 Deputy Connor Sanford was assigned to the Sheriff’s Office STOP DWI Unit, when he stopped a vehicle on Rochester Street in the Village of Lima for a violation of the NYS Vehicle and Traffic Law.
The operator of the vehicle was identified as 63-year-old Steven E. Snyder. During the course of the Deputy Sheriff’s roadside investigation, he found that Snyder was allegedly in possession of nineteen bags of heroin, as well as ten hypodermic needles.
Snyder was arrested and charged by the Deputy Sheriff for Criminal Possession of a Controlled Substance in the 7th Degree and Criminal Possession of a Hypodermic Instrument.
Snyder was turned over to Central Booking Deputies at the Livingston County Jail for processing and pre-arraignment detention.
Snyder was later arraigned at the Livingston County Centralized Arraignment Part (LC-CAP) at the Livingston County Jail before Town of Livonia Justice Margaret Graf-Linsner. The Judge remanded Snyder to the custody of the Sheriff on $750 cash bail or $1,500 bond.
Deputy Matthew Thomas, also of the STOP DWI Unit, assisted on scene.